The Dubwegians - South Of The River Clyde 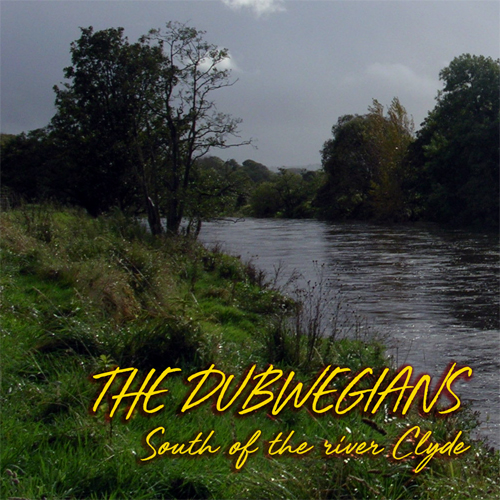 The Dubwegians - South Of The River Clyde

[DPH035] The Dubwegians - South Of The River ClydeOut on DubophonicAug 2018http://www.dubophonic.com// ABOUT THE RELEASE
The Dubwegians where founded in the UK back in 2010, when Gary had the idea of starting a dub band. He therefore approached his old school friend Richy, whose guitar skills were always thought highly of. He just wanted to play bass in the band and not do any producing.
The band that Gary dreamed, never really managed to pull off. It kind of fizzled out after a while as people came and went, up for a jam and a smoke, but not up for putting in the hours of practice a band needs.
Gary and Richy decided to work as a duo, laying down some reworks of their favourite dub tracks. Having spent most of their life growing up in the south side of Glasgow, the river Clyde has been a great inspiration for them. This is how South of the River Clyde came about. The reference of course to the great Augustus Pablo is more than obvious.
Gary remembers: “We tried to capture the energy of a live band. In the absence of a drummer, it was a struggle for us to use a software, trying to capture the original warmth of analogue dub. It was a real learning experience; listening and trying to emulate these dub masterpieces. We have never done dub producing before and were slowly realising some of the techniques used.”
South of the river Clyde includes 5 instrumental tracks; dub reworks of some great roots reggae masterpieces, produced back in 2011 with love and lots of passion. Richy played melodica and keyboards (and also guitar on "Sun is shining Dub), Gary played bass and covered all other sounds and production, using a laptop to overdub and edit their takes. Give thanks to Robert McWilliams for granting us the license to use the photo of the river Clyde in the artwork.
Give thanks to Robert McWilliams for granting us the license to use the photo of the river Clyde.